LEGACY AND THE QUEEN

Posted on September 1, 2019 by Greg Pattridge 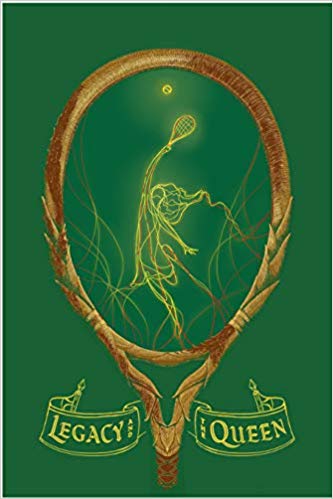 Nova, and for twelve-year-old Legacy, it’s the only thing getting her through the long days taking care of the other kids at the orphanage. That’s all about to change when she hears about Silla’s tournament.

Set – Silla, the ruler of Nova, hosts an annual tournament for the less fortunate of her citizens to come and prove themselves and win entrance to the Academy, where they can train to compete at nationals. The prize is Silla’s favor and enough cash to keep open the orphanage, and Legacy has her heart set on both.

Magic – What Legacy has yet to know is that the other players have something besides better skills and more money than she does. In Nova, tennis can unlock magic. Magic that Silla used to save the kingdom long ago and magic that her competitors have been training in for months already.

Now, with the world turned against her and the orphanage at stake, Legacy has to learn to use her passion for the game to rise above those around her and shine.

MY THOUGHTS: The sport of tennis is not one I’ve come across recently in middle grade books. Set in the magical world of Nova, Legacy is a tennis prodigy who lives in the lower class. Reaching the top rankings will not be an easy task.

Legacy has to leave her home and father at the orphanage he manages in order to join the tournament. She finds new friends in Pippa (a so called Stringer who takes care of the racket with the right balance of elements) and Javi who helps train her to be the best.

But these are not normal tennis matches. More experienced players have a magic they can inflict on their opposition with changes in the weather, effecting the play of those less fortunate. Try playing your best when a sudden thunderstorm is raining balls of hail on your side of the court.

In the end it’s Queen Silla who holds the secrets and connection to Legacy’s past. It’s a plot twist that makes everything come together and hints at a possible sequel. Fantasy lovers will enjoy serving this one up as their next read.

Legacy and the Queen by Annie Matthew

Annie Matthew is a novelist and a poet. In a former life, she was a professional squash player. She now lives in Iowa with her gray furry dog, Gus.

I received an ARC in exchange for my honest review.

6 Responses to LEGACY AND THE QUEEN