EXTREME WILDFIRE and A VISIT FROM THE AUTHOR, Mark Thiessen

Wildfires are a powerful force of nature we increasingly see on the news each year. Some 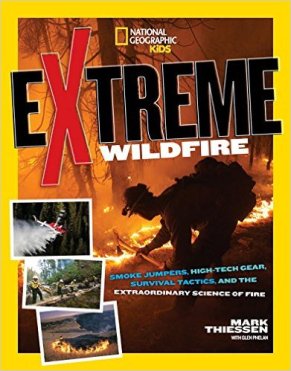 of us might even witness one in our own community. Earlier this past summer I watched smoke come off the mountains to the west when campers failed to properly put out their campfire. Yes, nine out of ten wildfires are human caused.

EXTREME WILDFIRE is a fascinating look at fires – how they start, how brave firefighters take on the task of putting them out, and the benefits of forest fires. Revealing the science behind this is photographer and author Mark Thiessen who puts you smack in the middle of some of the world’s worst fires.

Here is a bit more about Extreme Wildfire from the publisher, NATIONAL GEOGRAPHIC KIDS:
In one moment, there’s a simple spark, and then roaring flames surge 200 feet into the air, devouring forests. Trees, from root to canopy, are burned to the ground. Airtankers and helicopters hover above, executing an air attack. Brave firefighters, equipped with flame resistant suits, leap from helicopters onto the treetops and descend to the blazing forest floor.

In this book, young readers will learn about the ecological impacts of wildfires, the ins and outs of fire science including tactics for prevention and containment, cutting-edge technology used to track wildfires and predict fire behavior, and about the impressive skill, survival tactics, and bravery required to control a wildfire. Also included are “Fire Facts,” Thiessen’s fascinating “Notes from the Field” and page after page of photographs’s from Thiessen’s 20+ years of photographing fires up close.
From a searing expanse of flames in Russia to barreling blazes in California, no wildfire is too extreme for Mark Thiessen.  Based in D.C., he has traveled across the globe investigating dangerous infernos and working alongside courageous firefighting teams. 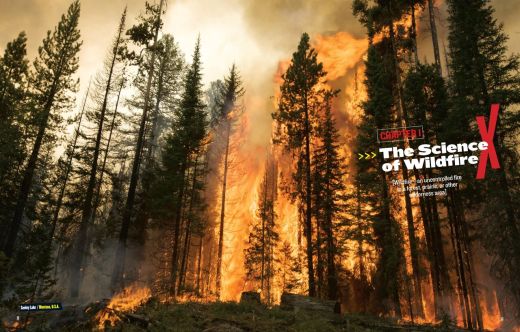 Sounds great and it is! Along the way Mark describes many of his personal experiences and close calls. Included are several side activities kids would enjoy (How To Train Like A Wildlife Firefighter was my favorite) and a feature called FAMOUS FIRES. This appears numerous times throughout the book. You’ll go back and relive the horror of such fires like YARNELL HILL in the mountains of Central Arizona (Summer, 2013), THE BIG BLOW-UP in Idaho and Montana (Summer, 1910), and BLACK SATURDAY BUSHFIRES in the Australian state of Victoria (Feb, 7, 2009).

Mark  Thiessen’s goal in writing this book was to tell the story of a firefighter’s job. Fighting fires is serious business and he has succeeded brilliantly. 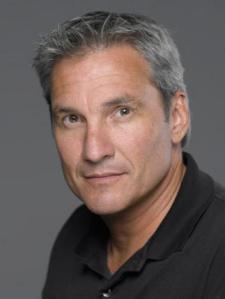 After learning heat, fuel, and oxygen are needed to create a wildfire, I’m curious what is the fuel lighting your fire to document the work of firefighters?
When I was a newspaper photographer in Idaho I covered lots of forest fires and was drawn to wildland firefighters. They love the outdoors, have a thirst for adventure, are physically fit, and are amazed at seeing one of natures fiercest forces up close. You might say I was “bit by the fire bug”, a phrase used by firefighters who keep coming back year after year. All the same things that appeal to firefighters appeal to me.

For most of them it’s a seasonal job and could be the most exciting experiences they have in their life. Yet there is often no one around to photograph it for them. Very few photographers get access to the inner world of wildland firefighters. I want to show readers what that amazing world is like from the inside, right on the fire line.

It’s been a busy wildfire season in 2016. What changes have you witnessed the past 20 years in both the number of fires and how they are fought?
The west is getting hotter and drier. This results in fires that are bigger, more intense and exhibit more extreme fire behavior than ever before. Old “fire dogs”, the veteran firefighters with the most experience, say the largest fire they ever went to was 10,000 acres, now that’s the smallest fire they go to.

I’ve seen more and more people moving in wooded areas which are also areas prone to fire. People are going to live where they want to live, but local cities and counties must make rules to build a certain way and people living there now must change so they are building smartly. Fire costs are increasing because firefighters are no longer fighting fire but defending homes that are no longer defensible. Over half of the US Forest Service budget goes to fighting forest fires.

Do you have a favorite wildfire photo experience? One that stands out from the rest?
I was near San Diego, California when residents were being allowed back into their neighborhood after they had been evacuated 5-days earlier.  I went in with them. One portion of the neighborhood had nothing left but the chimneys. I was watching them realize that everything they had was gone. They were fishing through an ash pile that used to be their home looking for anything they can salvage…..a fork here…..a ceramic figurine there…. I’m always amazed how resilient these people are. They say, “These are things….these are just things. We’re all OK, we all have each other, and that’s what’s most important.”

What do you like to photograph other than fires?
I shoot a lot of science stories. You may have heard of filmmaker James Cameron’s creation of a submarine that would allow scientists to study the deepest parts of the ocean. I spent two months on a ship as his sub was tested and he dove it to the Mariana Trench 36,000 ft down.

What advice would you have for any of your young readers interested in photography or in becoming a fire fighter?
No matter what it is you decide to do in life, you have to love it. Then you have to be persistent. Success doesn’t come easy—obstacles are thrown in your path all the time. The people who aren’t passionate say, “Oh well, this isn’t going to work.” But the people who are passionate leapfrog ahead because they love it so much they overcome all the barriers in their way.

Thanks so much, Mark. With Fire Prevention Week coming up (October 9-15, 2016) I hope many will take the time to search out this fabulous new resource.

6 Responses to EXTREME WILDFIRE and A VISIT FROM THE AUTHOR, Mark Thiessen