This new series for basketball lovers (ages ten and up) comes from former NBA star Kobe Bryant who created the idea and characters. Canadian author, Wesley King, did the writing and it’s a massive volume close to 600 pages.

The West Bottom Badgers are the worst team in the league. The live in the Bottom, the poorest suburb in Dren. Told through five different player viewpoints, they each have their own baggage of problems which in turn effects their play. The five teens include:

The first 100 plus pages centers around Rain, the player Kobe Bryant most identifies with. He brings his A-game to the court and wishes his teammates would do the same. Everything changes at the beginning of a ten day summer training camp when a new coach arrives, Rolabi Wizenard.

Rolabi is a wizard and his training methods are magical and scary for the players. Professor Wizenard can communicate with Rain through thoughts. He also turns the run down gym into a castle where the team must defend a trophy, a crumbling mountain range where death is certain unless they make a shot, and several sense altering techniques. Throw in a real tiger who is obviously a great defender and you have the makings of the weirdest but also the most life altering camp. Rain eventually sees that basketball is a team sport and fear drives most to fail.

The next point of view is from Twig. I expected the story to continue right where Rain left off. Not so fast. Twig’s pages go back to the beginning of training camp and readers discover how he reacts to the training methods. And so we get five books in one detailing how each player survives the camp and prepares for the upcoming season.

This unusual story telling technique may bog down some, especially those not into basketball. But for the millions of basketball loving boys, ones who are always sure they will play in the big leagues, this series will be their own training camp of what it takes to succeed. I can see a coach using the Wizenard Proverbs in their own practices. They could even assign one of the five stories for a player to read who is closest to the person they are becoming.

Free of inappropriate language or teen romance, this is about life, basketball, and the fears that hold us back.

With the star power of Kobe Bryant, there is sure to be a lot of press surrounding this series. Here are few I enjoyed:

Kobe Bryant turns pieces of his basketball journey (and magic) into teen book.

Kobe Bryant Q&A: The Wizenard Series, Life After the NBA and More

I received an ARC for my my honest review. 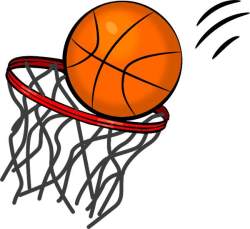 Coming up this Monday is another edition of…

If you would like to join in the MMGM fun, all you have to do is blog about a middle grade book on a Monday (contests, author interviews, or anything middle grade related also count). Email me the title of the book or feature and a link to your blog at gpcolo[at]gmail[dot]com

Make sure you put MMGM or Marvelous Middle Grade Monday in the subject line so it gets sorted accurately–and please don’t forget to say what book or author you’re featuring) You MUST email me your link by Sunday evening (11 PM Eastern Time) in order to be included in the list of links for the coming Monday.

Thanks for spreading the middle grade love and for being a part of this awesome tradition begun by Shannon Messenger and carried on here at ALWAYS in the MIDDLE! (CLICK HERE FOR PAST MMGM POSTS)

4 Responses to THE WIZENARD SERIES