If there was an award for worst parents in an MG book, the two in STEALING MT. RUSHMORE would win hands down. When things don’t go right Dad escapes from the world to his bedroom, while Mom has already taken off and never intends to return.

Their four children are named after one of the presidents at Mt. Rushmore—that is except for 13-year-old Nellie, the only girl in the family. The year is 1974 and the newspaper is filled with updates about Nixon and his impeachment proceedings. Nellie reads the paper each morning and checks on her horoscope. She’s hoping for better times ahead as she’s become the replacement mother in the family. She looks after the youngest, Teddy, who is six, and also has to cook, clean, and attempt to bring normalcy to the family. Older brother George is a real jerk most of the time, and quiet ten-year-old Tom spends his days with a best friend.

The planned family trip to visit Mt. Rushmore is crushed when the money saved for the trip is gone, and Mom is the main suspect. Don’t expect Dad to take control. He’s already shut himself in his room. Nellie plans to make things right by finding a way to earn the money in a short time.

This sad tale will have the emotions brewing inside you and they’ll eventually overflow. All that could go wrong does go wrong. Nellie’s strong will and her coming of age character arc will keep you reading. Her first person narration is touching and you’ll be cheering for something to go right for Nellie and this rag tag family. 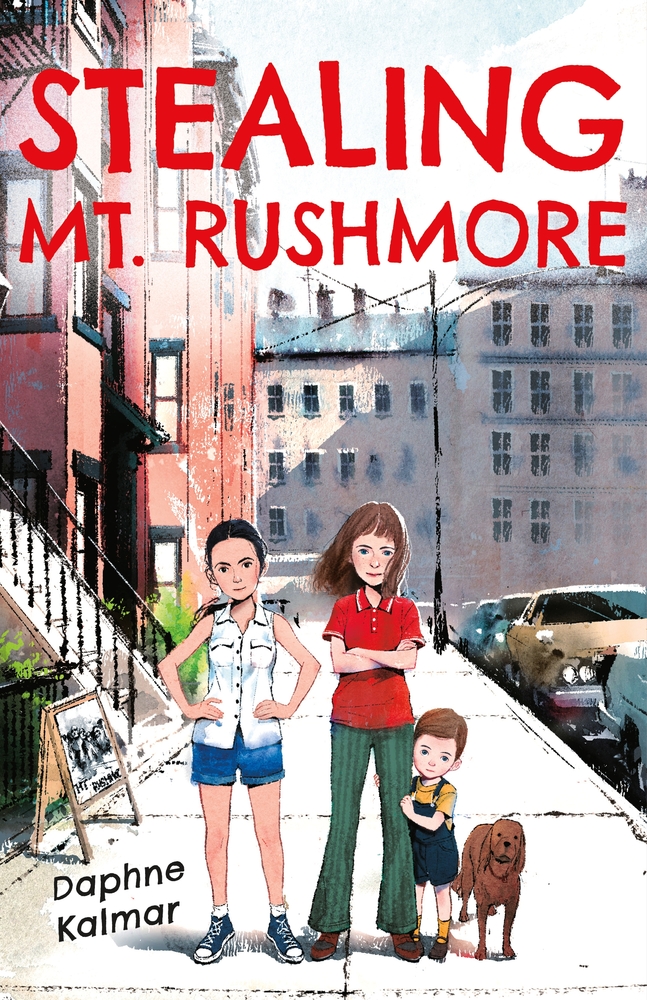 FIVE MORE THINGS TO LIKE ABOUT STEALING MT. RUSHMORE by Daphne Kalmar

Daphne Kalmar was an elementary and middle-school teacher for over twenty years. Exploring the natural world with kids was her passion as an educator—she owned seventy-five pairs of rubber boots so she could outfit each new class in September and lead weekly expeditions to local creeks and ponds. She has an MFA from Vermont College of Fine Arts.