Posted on September 6, 2020 by Greg Pattridge

Award winning author, Lavie Tidhar, takes a break from his usual adult books to pen his first middle grade story. To be honest, during the initial pages I had a tough time getting into this one.

A town makes candy illegal and groups of middle grade gangs compete to distribute stashes of banned chocolate. They are mafia to the core complete with front boys and girls there to protect their equally underage bosses. Tons of nastiness go on between the kids, but I’m glad I stayed with it.

The savior was the main character, Nelle Faulkner. She’s a detective (or sorely wants to be one) and even dresses the part. Nelle’s not involved in the underground candy world until she is pulled into it by a young friend. The mystery has shady adult detectives, an unsuspecting butler, and a closed candy factory. An occasional full page illustration are well done and often amusing. The page turning climax has Nelle in the middle of an epic candy filled battle.

In a city where candy is a crime and sugar is scandalous, Nelle Faulker is a 12-year-old private detective looking for her next client.

When notorious candy gangster Eddie de Menthe asks for her help to find a missing teddy bear, Nelle Faulkner is on the case. But as soon as the teddy turns up, Eddie himself goes missing! As a seemingly innocent investigation unravels into something more sinister, Nelle and her friends quickly find themselves swept up in a shady underworld of sweets smugglers, back alley deals, and storefront firebombs.

If Nelle has any hope of tracking down her missing client, first she’ll have to unmask the true faces behind the smuggling ring. Can Nelle and her friends find a way to take the cake? Or will they come to a sticky end…? 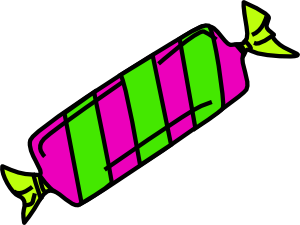 Had the feel of an old detective movie. I needed my own stash of candy and popcorn as I followed the plot.

A good mystery keeps you guessing and The Candy Mafia does just that. I went from the obvious to the least likely as the main culprit.

Nelle. I’d welcome her back for a sequel as this is her story.

Lavie Tidhar is the World Fantasy Award winning author of Osama (2011), The Violent Century (2013), the Jerwood Fiction Uncovered Prize-winning A Man Lies Dreaming (2014), and the Campbell Award-winning Central Station (2016), in addition to many other works and several other awards. He works across genres, combining detective and thriller modes with poetry, science fiction and historical and autobiographical material. This is his first book published for children. He lives in England.

A Side Note From The Author

I had a ridiculous amount of fun writing THE CANDY MAFIA. Though it ended up to be very much Nelle Faulkner’s book, not just mine. Nelle is named after (Nell) Harper Lee, who not only wrote the great TO KILL A MOCKINGBIRD, of course, but was herself a detective of sorts, traveling with Truman Capote to investigate notorious crime in the 1960s. I wanted some of that curiosity and some of that integrity for Nelle, and I wanted to write a book that was both a lot of fun, and a parody of the hardboiled detective novels I love.

I received an ARC in exchange for my honest review. Comments are welcome below.

8 Responses to THE CANDY MAFIA