ADVENTURE AGAINST THE ENDERMAN

Jump into the world of Minecraft, the wildly popular computer game that both kids and adults can play. In its basic form you create towers and full cities with virtual blocks. Beyond that there’s trial and error, problem solving, and each player becomes their own engineer for the world they create.

What better way to tap into the of 100 million users than a fiction series that puts the characters in their own adventure story. The first six book series began with ESCAPE FROM THE OVERWORLD in 2015. Here’s what you missed: 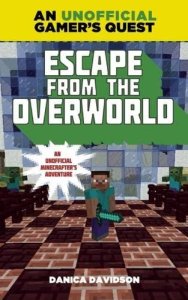 is in for a big surprise while building his treehouse: he’s first attacked by a creeper, and then must take on a group of zombies! The near miss has him feeling like the worst mob fighter in Minecraft, so when he finds a portal into a brand-new world, he’s willing to take his chances.

He steps out of a computer screen and into the room of a sixth- grade girl Maison, who’s a talented builder. Stevie is shocked by how different this world is, and Maison takes him under her wing. But soon the two friends learn zombies have also made their way out of the portal!

Stevie and friends are back in the new ADVENTURE AGAINST THE ENDERMAN. It has 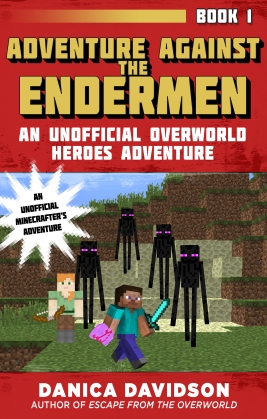 short chapters and just 112 pages. The appeal is a fast moving plot—action packed into every page as the creepy Enderman are up to no good like destroying villages and turning villagers into more Enderman. Here’s an excerpt:

In the tunnel, everything felt more brutal. It was darker; it was closer together. The hisses of the Enderman were so close now that they rose up in a single, terrible roar. It was the kind of noise to fill your nightmares.

Book 1 ends with promise for more excitement in future installments. It’s the perfect remedy for those that can’t get enough of Minecraft. It’s also a sneaky way to get kids to read when they’re favorite game becomes a thrilling adventure.

Here’s what to expect:

The Overworld is in danger once again, this time from vicious Endermen! Mayor Alexandra summons Stevie, Alex, Maison, Yancy, and Destiny to try and stop the attacks. When the friends investigate, they quickly realize that the Endermen are looking for something. Could it be Stevie’s Ender crystal?

Soon the group of friends—now an Overworld task force—are caught up in a battle larger than any they could have imagined. Can they protect the world of Minecraft from Endermen—and the larger threat of the crystal? 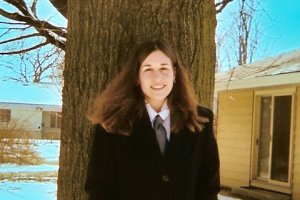 Danica Davidson has written for MTV, The Onion, the Los Angeles Times, and about fifty other publications. She is also the author of the Unofficial Overworld Adventure series, as well as Manga Art for Beginners from Skyhorse Publishing.

Coming up next Monday is: 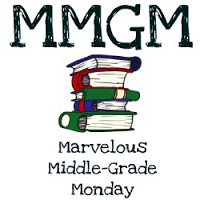 Thank you so much for being a part of this awesome tradition begun by Shannon Messenger and for spreading the middle grade love!

Climbing another mountain...always striving to reach the next peak in my life and career.
View all posts by Greg Pattridge →
This entry was posted in Reviews and tagged Adventure Against the Enderman, Danica Davidson, Escape from the Overworld, Minecraft. Bookmark the permalink.

2 Responses to ADVENTURE AGAINST THE ENDERMAN